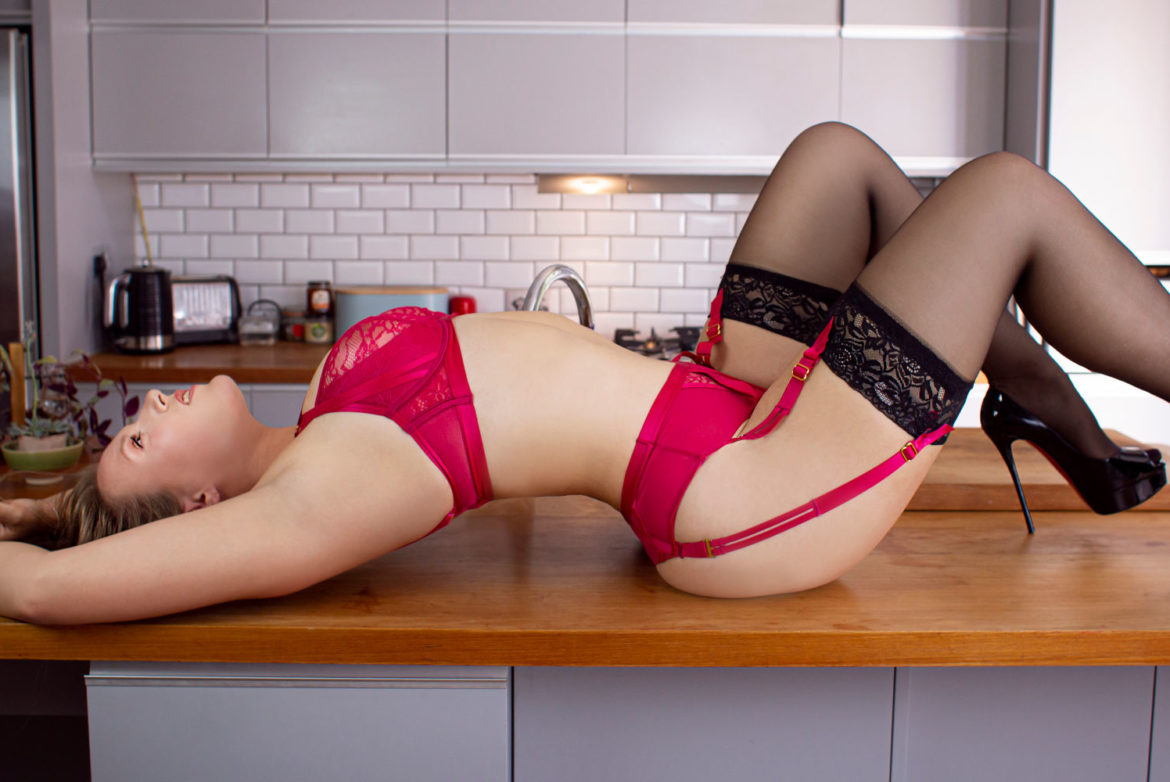 So much glitter and so much sparkle. I couldn’t help but smile helping transform the hall into shiny pride heaven, everyone worked so well together and my lack of common sense seemed to go unnoticed amongst the focus and determination to create the colourful yet evil paradise before guests started to arrive. I quickly got changed or more accurately undressed and started to mix my own glitter paste. It wasn’t long before my breasts and scars were covered in an interpretive pride rainbow and thanks to a crew member I wore glittery handprints down my backside. I was ready to sparkle despite feeling the familiar nerves and unease creep in.
Guests started to arrive and handing out drinks was a welcome distraction, it’s hard to be concerned about nudity or looking fat when you’re greeting happy and friendly faces and surrounded by amazing people whom I’ve come to trust.

My gaze regularly flittered to the suspension on the stage, how calming it looked as he hung there, like waves resting on the horizon. The more people that arrived the more I craved something to do, a purpose amongst the chaos of beautiful kinksters. In an attempt to appear less awkward I found myself watching the demonstrations from the back and luckily found myself next to the familiar face of Master Peter who seemed happy to chat and entertain my comments. There’s so much to look at, so much I needed to know about. Swings and benches and chairs. I could feel my grin grow as C explained what everything was for and FoXy demonstrated in her usual charismatic nature.

I found myself hovering upstairs for the start of the evening with Goddess kindly introducing me to friends. It’s insane to think 9 months ago I had no idea this world existed or how many people there were like me, that I’m not weird, I just needed to find people I belonged with and whom understood me.
Jon was great, as soon as he mentioned he liked playing with rope I found myself trying to work out how I would ask him to show me, to tie to me up. I was desperate to see if rope could be fun aswell as painful, how can something so serene not be pleasurable? He seemed keen to play and it wasn’t long before I found myself sitting on a mat, barefoot and grinning in anticipation. The rope glider against my skin, warming it slightly and holding me together in reassuring knot. His soft skin caressed mine as a gentle breath landed on my neck. The smile that was plastered on my face had become uncontrollable as my vulnerability increased. Held in comprising positions and yet safe in the strong hands that moved me about.

Happy enough to want to take me downstairs to the dungeon and try out some equipment. The compulsion to impress started to grow consequently as did my confidence and exhibitionist streak. The headstand was intended as a joke but I captured his curiosity and couldn’t resist demonstrating my party trick. Up I went, holding myself tall and feeling the pressure of the hard dungeon floor on my head. The newly familiar sensation of soft rope embraced my ankles and calves as I felt myself become one with the furniture. Unsure of everything and yet focused on staying still and upright until his art was done. Once awoken from my meditative state I was placed upright on the cross, tied and unable to move my upper body I slowly became aware of the floggers that lay across my bare skin.

It’s like a dance of leather and skin, they hit one strike over and over in a pattern that echoes a beautiful dance. I could feel myself relax as the leather elegantly collided first with my bottom and then my shoulders feeling the world fade around and my breathing become silent. The sensation alternated between thud and sting which I later was informed was due to the weight and width of the floggers. The giggles escaped my lips as the glow of my skin deepened in time with the movements. The rope had ensured movement was futile and as such I relaxed into the laughter that comes with sensations.
Eager to leave his mark I placed over a bench, arms stretched from my hips with no remaining ability to even arch my back. In my naivity the first stroke came as a shock, it was so much sharper as the leather gripped my inner thigh and yet the usual giggle escaped and I restlessly focused on a distant light to remind me to breathe and process the feelings as they striked my back and thighs.

I was slowly untied and Jon proceeded to admire his work. My perfectly pink bottom.

My ability to take Male aftercare is somewhat improving and after cuddles it was amazing to be able to sit and have an intellectual conversation. Better still to find someone with similar tastes in literature and whom didn’t assume blonde meant Barbie.

Despite arriving with no expectations, I sat content with having been played and soaking in the perverted and yet amiable DVS atmosphere, in awe of the amazing rope work that continued through the night.

I could feel the desperation grow as I needed to feel what it was like, just once and yet knowing I’d been played with already it didn’t seem fair on everyone else to ask. As morning developed C came over and offered to show me how it felt, how he had made the girl earlier squirm in pain. I don’t think even the Cheshire Cat could beat my cheesy grin in that moment.

This rope was different, it was concise and planned. Movement was no longer mine as C it pulled my arms and bound me, running the ropes with strength across my naked breasts awakening a mild burning sensation as they pulled tight. Immobile the fingers started to find the pressure points releasing hysterical laughter with each painful prod. I attempted to squirm and quickly became disabled as his body weight rested on my chest and the rough hand enclosed around my throat framing the smile that adorned my vulnerable face.

Just when I thought it was over more rope enclosed my waist and as I watched the other end loop round the ring my anticipation grew exponentially. I was going to be suspended!

Forced onto my toes I helplessly stood and wavered to the force when pushed. It was only as I watched my left thigh lift from the ground that my giggles suspended just long enough for me to realise how vulnerable I had become. Near naked and hanging in a club completely at the mercy of this Rigger. As my ankle lifted behind me the overwhelming serenity started to encompass me; like the moment your skiis don’t touch the snow but lasting an eternity.
As I spun, helpless but undoubtedly happy the giggles developed into gentle moans and reality faded into a forgotten distance. No longer important, no longer there.

Goddess appeared in the bubble, Her hand landing on my face, helping me continue to spin into the inhibited yet tranquil moment. The more I was manipulated and moved within the suspension the deeper my moans grew. My ankle grew higher as my desire grew to need and my moans wetted the little clothing I had on.
At some point I was lowered and the roughness crossed my body once again but I was still lost in the moment. I remember being held and a deep calming voice spoke to which I probably responded.

The room refocused and seconds later I was bouncing downstairs and creating pretty light puddles in the air.