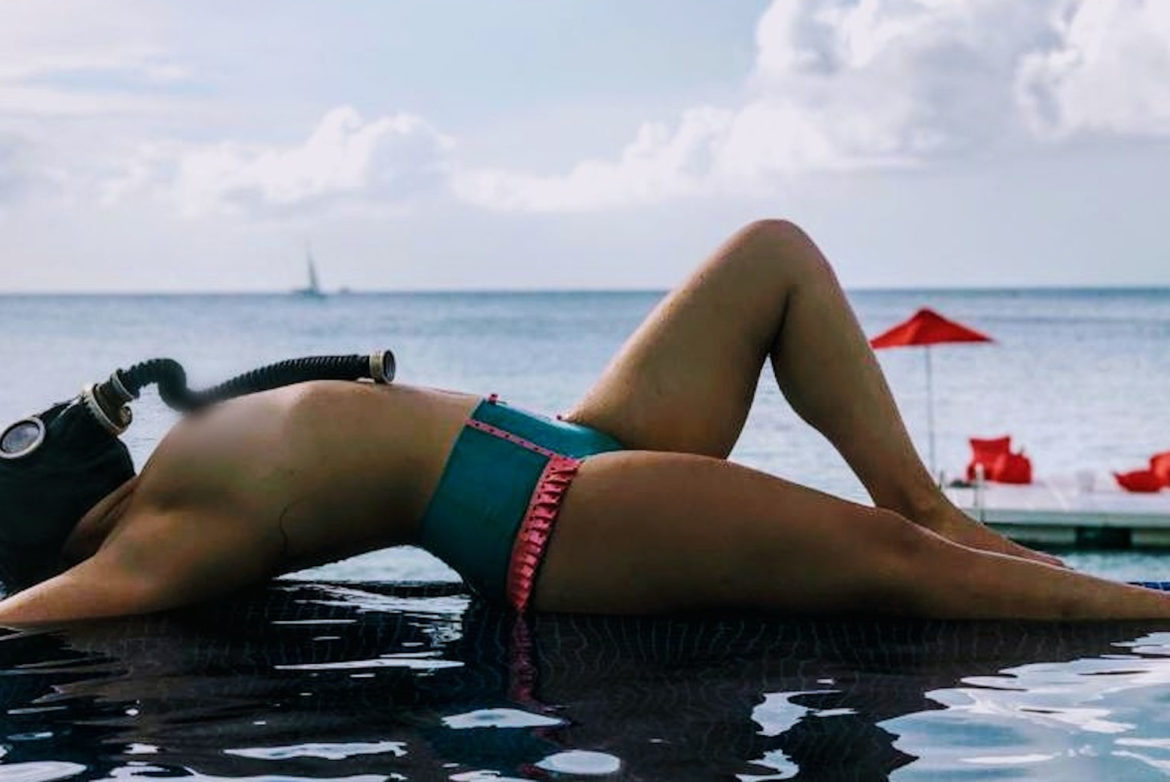 Mistress had the heels packed and mentioned several times of Her intent to trample me so it really shouldn’t have been a shock to see Her walk out with the unmistakable cruelly spiked heels accompanied by Mistress’s new purple rope and diamonté cuffs. I was already dressed in the electric belt Mistress had borrowed from Mistress A, tentatively waiting on edge for the next excruciatingly zap through my bottom, following Mistress like a puppy, heels in hand and finding myself begging every time Her perfectly manicured fingers teased the remote and She mocked me, reminding me the remote was ONLY set to 1 out of 7 so really, She was being nice. Mistress seemed to enjoy making me whimper in fear as She found more and more reasons to force me to my knees as the electric surged through my most sensitive skin.

As the cheeky comments of the week quickly became regrets as I was reduced to my most submissive self, grovelling and begging Mistress not to press the button, even remaining still as Mistress played with the cane on my back in fear of a shock. Near crying as I involuntarily threw myself off chairs and writhing on the floor in momentary excruciating pain.

It felt like a decade of waiting, the suspense only growing until Mistress looked at me with the sadistic yet humorous smile I have grown to adore. I was about to be trampled. Her alluring smiling put me at ease despite the growing attention of other guests. Her hands ran along my skin alternating between Mistress’s soft skin and the silkiness of the new purple rope both distracting me from realising how restrained I was becoming. Unable to move or escape from the hog tie, elated to be tied in Mistress’s favourite colour already Her art before any trampling had started. The remainder of my drink was easily poured down my throat in the growing paradoxal atmosphere of tension and laughter. My hip bones locking on the cold stone floor under the towel as Mistress tested her rope work with an unexpected jolt of electric. Completely vunerable and unable to escape I could only scream and take the torment between my thighs. I watched tentatively with a strained neck as Mistress elegantly placed the sharp heels on Her seductive legs that we’re already glowing from the Mexican sun. Mistress A appeared from nowhere in her befitting hero costume to spray alcohol in my welcoming mouth. The novelty distraction from my exponentially growing nerves was welcome but I was quickly dragged back into the moment as my Mistress placed the first shoe on my thigh. The excruciating heat burned through my skin with no relent. Even on removal of the shoe is was greeted by the overwhelming convulsion as endorphins coursed through my body temporarily drowning out the pain with a need to smile. Even amongst the crowd Mistress’s laugh was crystal clear, allowing me to lock my mind on to Her, to focus on why I wanted this and why it was imperative I remained still for Her. The ropes dully rubbed against my skin, forcing my muscles to contract and remain stable ready for the next step. Mistress did not allow time for recovery or for any doubt or thought to reach my mind before She placed Her foot back on me. Over and over and over the knife sharp spikes dug into my skin lacerating and shredding whatever they came into contact with. Mistress was merciless as screams ripped from my throat yet still only shadowing the delicate laughter as Mistress examined the holes and blood spots appearing on my thighs, bottom and back. My head was ringing from the unabated screams of agony. Tears had long started to drip down my face and across my smile as I managed glances at my exquisite Mistress. As my howls grew louder and less controllable I found them being joined by grins of entertainment at having Mistress Absolute squirt alcohol into my desperate mouth and ultimately attempting to muffle the unrelenting noise with Her ass.

I had quickly become aware of another person at Mistress’ side as my smile dissipated realizing what was about to happen. Until now Mistress had only placed one foot at a time. I felt my panic grow, what if I couldn’t do it, what if in front of all these people I would let Mistress down. My usual self doubt started, I had only seen one person take the full weight, what if I wasn’t good enough. As always Mistress interrupted my thoughts at the exact right time. I don’t recall the words but Her silky kind voice lured me back into the state of relaxation and content. Her beautiful face looking down reassuring me, reminding me of why I wanted this. Everyone else didn’t matter, my mind focused on Her and the burning desire to please Her reawoke. I lie face down, muscles tense and focused only on my need to make Mistress happy and my breathing. My thighs. She had decided that’s what would take the full weight. The agonizing newly familiar burn began. First my left then joined by my right. At first it felt unendurable, tears rejoined my makeup as violent screams filled the island enduring no one would be asleep. Time had stopped. The burn dulled into a peaceful agony. I couldn’t move for risk of hurting Mistress, my screams had gone silent and like there in a bubble of peace. Floating in the exstacy Mistress had gifted me. Peacefully feeling the world melt away into the silent darkness so all that remained was the punishing burn forever trapped in my thighs and Mistress. My beautiful bewitching Mistress standing on top of me looking down at Her art forged in tears. All too soon reality flooded back along with all noise. The world returned differently but it was back all the same, no longer just Mistress and Her rabbit.

Laughter filled the play area, I could just make out Mistress proudly telling the other Ladies how only one other had been able to take these heels. I remained immobile, Mistress Absolute reappearing with Her bottles of magic, first in my mouth and then kindly spraying my open wounds with the alcohol forcing one last scream as I lie face down immobile and desperate to feel Mistress’s skin on mine. Instead of being untied immediately, the electric was re-tested, only made worse by the wetness that was now dripping between my thighs followed by Mistress A doing only what I can explain as rave dancing on my back. Finding myself giggling in a tired glazed state as She jumped up and down, I tried to find Mistress, watching as the shoes were removed from Her delicate feet. Wanting nothing more than to cuddle up with Her and massage Her feet so that Mistress finally relax into Her beautiful humming state.

The remainder of the night passed quickly, I lie head on Mistress’ lap, dazed and enjoying the comfort of Her warm glowing skin. The Mexican world so bright and beautiful, so in focus and yet unable to focus on anything. My eyes darted around my surroundings, words left my mouth but nothing really mattered. Only whose skin I was touching and that She seemed to be glowing with happiness and what I can only hope is pride that Her rabbit took the heels for Her. If resting with Mistress, waiting on Her and generally being in Her company all night wasn’t enough a reward, Mistress generously gifted me an orgasm before bed and told me I could join Her for cuddles in the morning.

In Mexico I cried for the first time from pain, was genuinely vunerable in front of people and I couldn’t imagine wanting to do it for anyone else. A perfect night to treasure for a very long time to come. A night that has made me only more proud and honoured to be submissive and allowed to serve my unparallelled Mistress. A Queen whose sadism is only matched by Her genuine beauty and kindness.